This cream cheese is so good!

Its like a mash up of scallion cream cheese + cilantro chutney! (But not in a messy gross way!) It's just got the flavors of both. So I used fresh scallions, cilantro, jalapeños (deseeded), a little garlic and mixed everything together with some cream cheese. Then put it in small container and store it in the fridge overnight or for a couple hours. That's it!

So easy to make and its really delicious!! Great for bagels or other sandwich spreads too!

How to make an easy Indian Brunch?

Grab some store bought naan and add in a sprinkle of Everything Bagel seasoning mix!!

These mini naan are the perfect size for breakfast. I just pop them in the oven for a few minutes, slather them with butter as soon as they're warmed and add some Everything seasoning right on that melted butter (I admit I can be pretty heavy handed with it but use at your own discretion!)

Turn these into veggie sandwiches!

As if there wasn't enough flavor with the everything naan with cilantro chutney cream cheese, but then I of course I had to go and add more! To really turn this into a hearty and delicious brunch, just add some fresh, sliced veggies. It's an amazing veggie sandwich with tomatoes, cucumbers, onions, even jalapeños! The fresh veggies with the creamy, spicy cream cheese spread and the texture of the everything seasoning is the best combo! 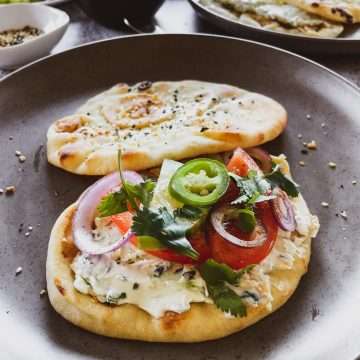 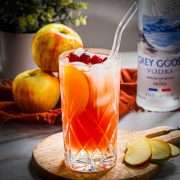 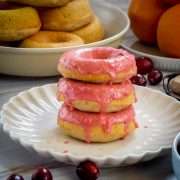 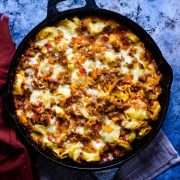